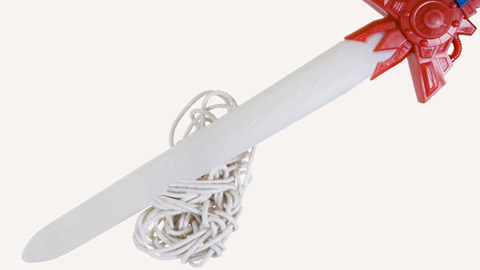 Recently, I saw a post on a Facebook about yet another attempt at making the PAS (syndrome) model of parental alienation go more mainstream. I saw someone get annoyed but I think—barring those who are allies of the disordered thinking and behaving that creates PA in the first place—that education is valuable.

First off, I think the intentions of those coming at this from the Parental Alienation SYNDROME approach are good.

You Can’t Fix or Untangle PAS

But… I think the story of the Gordian Knot and Alexander the Great is very fitting here. The Gordian Knot was a knot that was tangled and fused together over decades, with ever increasing complexity. It had become such a mess that people said it was beyond untangling. When Alexander the Great came and saw it, people wondered how he would (or if he could) untangle it. Many had tried and failed. He looked at it—then took his sword out and in one bold stroke, sliced it in two.

More of the Gordian Knot

There are also those who break this PA dynamic into different types. They say that a “type 1” alienator who doesn’t know they are alienating or “type 2” alienator both who, after some education and possible therapy stop somehow doesn’t fit into the Childress / attachment-based parental alienation (AB-PA) model and needs some sort of different solution.

The dynamic of child psychological abuse is the dynamic of child psychological abuse. If someone hits their child because they’re drunk or because of let’s say an anger issue can correct it with some education and therapy they have still abused their child. The child still bears the pain and harm of that action. It’s great if it stops, but you don’t say it’s something other than abuse. Trying to say that someone who doesn’t see it as abuse and won’t stop without direct and sustained intervention is the only time its abuse is ludicrous.

The Precision of the AB-PA Approach

While of course, Dr. Childress doesn’t wield a literal sword, his approach without a doubt clearly and precisely cuts through the intractable problem of the of the PAS paradigm. It uses clearly established and accepted constructs and is based on a specific cluster of observable behaviors exhibited by the child. I think one of the biggest hurdles is letting go of the old unworkable approach and recognizing how simple and obvious the AB-PA model is.