What to do if CPS (or DSS or DYFS) Contacts You 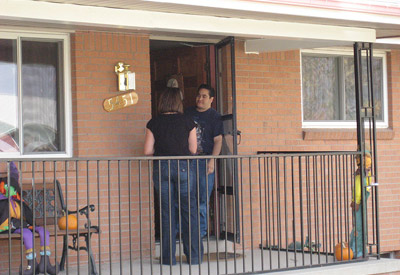 What should you do if Child Protective Services contacts you with allegations you know to be false? In some states this is referred to as CPS, in others, it is DSS or DYFS but it’s still the same type of organization. In the midst of my divorce, my ex has made numerous false allegations to CPS. I think this is going to be coming back around to bite her as the judge is now aware of the pattern, but it doesn’t lessen the stress of the situation while it’s happening.

The main reason I am writing about this is because there is a LOT of material on the web that seems to follow a potentially dangerous and disastrous theme.  The line of thinking for some reason is that CPS is always out to get you and you should do everything possible to stop them from entering your home or talking to you. If you are being falsely accused, this attitude will only make your situation worse.

I am very lucky to have good information on how this process actually tends to work. I have also been told to stop looking on the Internet because so many of the examples are extreme cases and cases that do not fit my circumstances. I’d like to address some the most popular myths and misconceptions. As a disclaimer, I am speaking only of my own experiences and opinions here in the hopes it may be helpful.

And again, I am assuming you have been falsely accused.

Myth #1: Child Protective Services is there to incriminate you and will twist anything you say to do so.
Reality: CPS in most states is under-budgeted and resources are stretched very thin. While they initially have to assume the reports are true, the worker or workers who show up are looking for reasons to move on from you and on to the real cases of abuse that they have to deal with. They have to address any and all reports with very specific time frames and are trying to gather information to make one of 2 eventual determinations- substantiated or unsubstantiated.

Myth #2: Saying nothing, confronting, and making the CPS worker get a warrant is your best course of action.
Reality: Cooperating, telling the truth, and staying as calm as possible will make their jobs easier and make it easier for them to move on from you. (While I’d like to say I have been 100% calm—the sheer shock of the latest allegation did put me on my heels for a little bit but I did regain composure as quick as possible which helped.) The workers are trained to understand the stress of the situations they are causing and most of them will be at least a little understanding.  While it is likely very difficult to stay calm it is important to do so or regain composure as quickly as possible. Remember also that they have to consider their own physical safety when they are at your home so being calm goes a long way. The majority of situations that escalate like police involvement while the worker or workers are there are because emotions run high.

Myth #3: The sources and stories you find on the Internet about Child Protective Services are neutral.
Reality: In high school, I got a piece of advice from a teacher that has stuck with me for many years now. He said when listening to anyone, consider the source. If you can’t help yourself and  you do look online for more information on the subject, look at the site itself. The legal profession makes its money by billing you for hours. Many times, if you are scared and angry you’re more likely to hire them. So, is it a law firm site? Does it refer to a law firm? If so, make sure you understand their potential motivations. I’m not saying that hiring a lawyer is never a good idea—and that there aren’t firms that really want to help resolve things, I’m suggesting that you just step back and consider the context in which you’re making that decision. If the site is not a law firm site, what were the circumstances surrounding the dramatic behavior they are describing? Remember that every situation is unique. Comparing yours to someone else’s especially without knowing everything that leads up to it will likely give you an inaccurate answer.

If they do decide to take your children from the home, or if, like me, they stop allowing visitation until the investigation is complete, gather all supporting evidence you can and present it to the investigator as soon as possible. Keep the long view. You must be bigger than the feelings you are having at any given moment. Otherwise, you play right into your ex’s hands. (See my post Putting out the Fire With Gasoline) If your ex is trying to manipulate the court for a custody arrangement—in the long run this type of unfounded accusation will likely come back to haunt them as long as you don’t give them fodder (upset) to work with.