Into the Crazy Is Optional 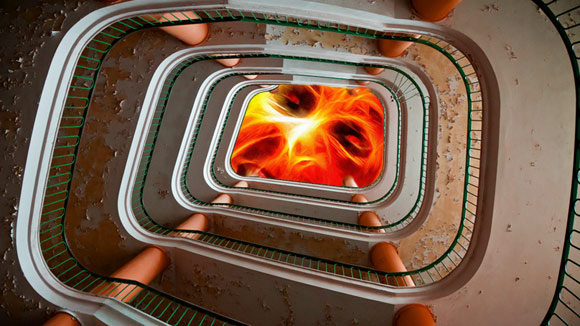 The recent 4 1/2 hour deposition was a show, to be sure. A court reporter, a large video camera and a cameraman, backdrop behind the “witness”, conference room with the long wooden table, the “whole kit and kaboodle” as it were. Like something out of a big budget legal movie.

My ex’s lawyer decided she needed to depose the reunification therapist. In their entire career, with mostly high conflict cases, the therapist was very clear that this type of event, under these circumstances, had never happened before.

I understand there are those who think all Reunification Therapists are ineffective. And while that is mainly true from what I’ve seen, I think I’ve also found a bit of a litmus test. If the “preferred” or “alienating” parent / caregiver and their legal help are going after one, I’d put money as it were on it that they are likely doing a competent job.  The ones that acting out of the pathogen as Dr. Craig Childress puts it are not going to get push back because they are very likely part of a dark triad and your objections will likely fall on deaf ears.

My ex’s lawyer sat there and asked dozens of questions. The therapist answered them calmly and truthfully. It was very impressive to say the least. My ex’s lawyer was trying to trip the therapist up, get a reaction, imply bias to discredit—and I don’t think any of it worked. The therapist was having a health issue and needed to stop every couple of hours to rest and eat. The lawyer kept asking questions until the therapist requested breaks. The lawyer said that since she thought the deposition wouldn’t last very long, she didn’t make any arrangements for lunch. I don’t want to go into what the therapist’s issue was, however, it is my belief that the longer time-frame and lack of food was not accidental—I suspect the lawyer knew (or has good instincts as she has done this kind of thing before) the issue and few breaks with no lunch would make the therapist more fatigued. As has been the case since the beginning, since there is nothing that makes me an unfit or abusive parent, the “other side” keeps digging and trying to stir up emotional slip ups to try and take the attention off of our child.

After more than four hours, I was allowed to ask followup questions. (I am pro se since I was bankrupted.) I knew the therapist was tired and wanted to finish but I politely insisted that they take a break so they could get a few moments to relax.

When we started up again I asked some questions. I have gained this filter over the last few years and even though I have to represent myself I know what my mantra / story is without exception: This is about my child.  What my ex is doing or has done, while harmful, is a red herring. It is where he or she along with any legal council want me to focus.

How I feel and how I may or may not have wronged is irrelevant.

What matters is to stay on the one topic, the only topic that matters. My child needs two parents. It’s what the courts want to hear, it’s what our children need, and it’s where we must stay focused. This is of course not to the exclusion of pointing out false or unsubstantiated accusations, but again the reason to disprove them isn’t to show we were right—it is to show we are wanting, willing, and deserving of being in in our children’s lives so they can have two parents whenever possible.

I asked very few questions, lasting only about 10 or 15 minutes, tops. But they were relevant and important because they came back into the land of observable behavior and relevant facts. I did it with all the grace of what I imagine a 10-year-old plopped behind the wheel of an SUV with no driving experience trying to get down the street would have done. But I got it done.

The most relevant were:

I spoke to the therapist a few days later and one thing their lawyer (who was there for the therapist and is very well regarded for dealing with high conflict family law cases) said about me was it was “good that I didn’t drop into the crazy.”

The blessing for me is when I’m focused on my child I don’t get drawn there.