The Power of Peer Support

…A Story of Moving From Despair to Hope 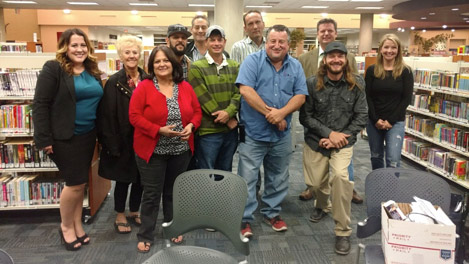 I want to share with you something I learned very early in my journey fighting the pathogen of “Parental Alienation” and how it helped me to be successful in winning the battle to save my child. I learned very early through my job in behavioral health and through affiliations with various 12 step groups over the years how powerful the concept of “peer support” is.

Peer support occurs when people provide knowledge, experience, emotional, social or practical help to each other. It commonly refers to an initiative consisting of trained supporters (although it can be provided by peers without training), and can take a number of forms such as peer mentoring, listening, or counseling.

When my Ex Wife first fled the state with our son on September 30th 2015, I was running around like a crazy person trying to figure out what to do. My sister had mentioned in a conversation “I think my brother is being alienated” which lead me to a search of the word. I then found through a facebook search PAWWSG (Parental Alienation World Wide Support group) then a fledgling group of 12,000 members founded by Keith Marsolek.

I researched, asked questions, and found a then local stranger Jeremy Brueckner who reached his hand out and said, “This is what is happening to you and this is what you need to do”.

Finally. After all the panic, confusion, feelings of hopelessness and despair I had a name and a face of what was happening and I had a path. And not just me. More people are starting to understand they aren’t alone either. In the two years since I found PAWWSG it has now grown to 30,000 members and continues to grow daily.

When I began my journey fighting to get my child back to our home state of Arizona I knew I needed support. I needed support from others who were going through this because I couldn’t be the only one. Lo and behold, I posted the idea of starting a support group online. I posted the idea of starting a free support group 12 step style for targeted parents fighting “Parental Alienation”. I soon attracted a response from Amanda DiGuardia who stated “My Husband could really use something like this”. I found a meeting place at a local church and there I met one of my now best friends Sal Diguardia and his wife Amanda. On that day in February 2015 PASO-AZ (Parental Alienation Support group of Arizona was born). Our first meeting with the three of us was a huge success and we stayed for hours and chatted about our struggles and what had happened during our perspective divorces. For the first time I felt I wasn’t alone and there was a reason this was happening. My strength was renewed and I could see hope in Sal’s eyes too who was much further in his journey than I was. We agreed to meet weekly and continue this trend of positivity and the second meeting once promoted was much larger. We had now met Jeremy and several other parents going through the same thing.

We had a name, we had a face to the pathogen and more importantly we had hope. The cosmic joke in this story is that after we grew closer Sal and I realized that after attending the same meeting for some time at a church 30 miles away we learned we lived on the SAME STREET. We could have literally walked to each other’s home. This proved to me that there are no accidents and we are all connected.

The group continued to grow and we then found the work of Dr. Craig Childress and his book Foundations which laid out the pathogen of Attachment Based Parental Alienation and it lit a pathway to solutions to this nightmare. This continued for a year. We became a tight group sharing ideas about what worked and what didn’t. I picked the brains of other targeted parents and learned with the help of “Foundations” what I needed to do to fight back effectively to win this battle for my child.

I had one thing going for me and was that I was able to act fast and like with autism “early intervention” was the key. It was not easy but advice from my lawyer “remember…it’s a marathon not a sprint” helped me slow down when I needed to. There were many late nights I would run to Sal’s house in tears fearing I would never see my child again. He and his wife were there for me and again the “power of peer support “prevailed. I knew there were others who understood what I was going through and I could lean on them for support while most people would shy away when you share something tough or unpleasant.

PASO-AZ was a great platform and eventually grew to three meetings a week. Through these interactions, I found there are some pitfalls to using this term, “Parental Alienation”. It can provide an excuse for those not willing to look at their part in what was happening, which can and did attract some pathogenic behavior. There was definitely a learning curve during this time. The spirit of the group lived on though and a new chapter was formed. It continues to this day meeting weekly offering an avenue of support for those who incorrectly believe they are struggling alone. Through the power of peer support and early intervention I knew I was not alone and it gave me the strength to walk through the tremendous and seemingly insurmountable fear ahead. Men like Sal, Jeremy, David Alger (who introduced me to the concept of Arizona legislation reform) were crucial in my early awakening to this brutal form of trauma. I was able to walk through the fear and uncertainty of the outcome of my case because I had peer support.

As I began to step into my power and manifest my child back into my life my whole mindset and attitude began to shift. Sal and I met Dorcy Pruter, the CEO and founder of the Conscious Co Parenting institute who assisted us in growing even further. She taught us how to move toward solution and there I began my journey as a high conflict divorce coach. I learned to no longer be a victim and that I had a gift that again based on peer support I could help lead parents out of the darkness known as Pathogenic Parenting.

Today I share 50/50 custody of our child with the same parent who tried to brutally erase me with false allegations and a jurisdictional nightmare. I learned from Dorcy that it only takes one person to consciously co parent and I can still help my child recover each time he is exposed to pathogenic behavior. There is a solution to this nightmare and it starts with us …but it’s OK to need help.

I implore anyone struggling to reach out for help, talk about your situation and resist the urge to retreat into shame, anger and blame. That is what the pathogen wants….that is how it survives….in silence and darkness. My good friend David Alger told me “It will be better in the end. Sociopathy is a pathogen. It gets worse if not confronted”

The good news about the future is that it isn’t written yet. You can win your kids back……you just have to throw the word “can’t” out of your vocabulary. If you feel that is not possible right now….simply add the word “yet” to the end of that sentence.