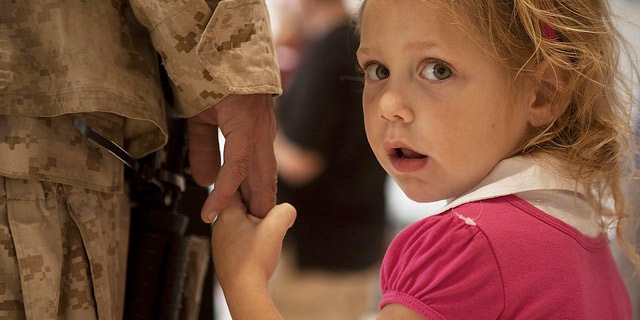 “Petty tyrants take themselves with deadly seriousness while warriors do not. What usually exhausts us is the wear and tear on our self-importance.” – Carlos Castaneda

This quote is from a post a few months back that talks about a way of looking at what’s happening that can help us see it in a different light. I’ve been talking about other coping skills recently, and one of the things that has helped quite a bit is EMDR. This is a non verbal therapy that has been used with thousands of war vets to help them deal with their PTSD.  In that post, and in more than one mention by Dr. Childress, it is useful to recognize that as targeted parents we are consistently in a position where we are re-experiencing trauma. It is part of the structure the alienating parent creates when they create the victim (child), protector (alienator), and supposed abuser (targeted parent). And as much as we may not want to be, we are pulled in, or we give up—which doesn’t alleviate the pain of the loss in the long run.

It was only recently that after an EMDR session it occurred to me that one of the ways I help feed my ex’s attempts at alienation and also stress out my child is to make my child important. This makes the whole situation deadly serious, something that must be fought against. The problem is that fighting against it makes it stronger. I like the distinction Mr. Castaneda makes, i.e., warriors come from a different place—a place of calm and unrelenting resolve to focus on having integrity in every moment—and letting go of the outcome.  To the degree we can do that is the degree we can get out of the ring with the alienator who is at the mercy of their need to be in control and do whatever he or she can do to manipulate the outcome.

There is a story of two ancient Japanese warriors who were having a sword fight to the death. They approached each other on the field of battle, with only two other men there to witness the event. One of the warriors eventually got the best of the other and knocked him to the ground.  As the standing warrior lifted his sword to deliver the death blow, the other one spat in his face. The standing warrior lowered his sword and walked away.

When one of the witnesses asked why he didn’t kill his opponent, the warrior replied, “When he spat on me, I became angry.”

We can’t fight this fight with emotions running our actions. This is what the alienator wants, and needs from us.  I am realizing over time is that the more I make this or any other situation “important”, the more it saps my strength, my clarity, and my energy.

The difference is when I come from a knowing-ness that my child is meaningful, I know that the bond is unbreakable. This matters, because if one parent is incapable of having an appropriate stable connection with your child (or children) and the other is so off balance they are consistently upset, the child essentially has neither of them. This does not mean being nice. I can, have, and will do whatever I have to do to protect my child in whatever ways I can. I just feel more of an ability to loosen up—quiet down inside, and remember that whatever we want to call it—the Universe, God, or anything else—is there for me and my child, even if they can’t consciously recognize it. When we can really be with them (in whatever capacity that is) with love and appreciation, it calms us down, makes us feel more connected and centered, and there is far less for the alienator to push against.

Hard to do? Many times, yes. But I think it is worth aiming for and improving on every chance we get.