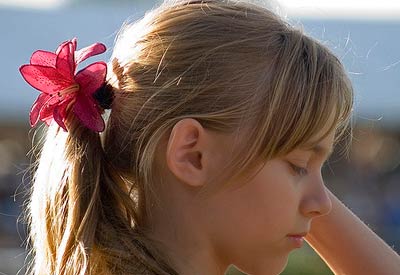 In my post from a month ago, He Denied Their Motion, I made the comment that my ex failed to have my child’s father completely removed from their life.

I was a bit premature.

The story goes on from there, unfortunately. My ex succeeded in doing an end-run around the judge and detonating the nuclear option of custody fights. On July 1, 18 days after the ruling, my ex got my child to say I touched them in front of a not too perceptive CPS worker who bought the story hook line and sinker. The CPS worker actually sat there when I asked about the interview and said that their mother wasn’t where she could hear my child make their statements, as if that somehow meant the statements couldn’t have been influenced.

I asked the worker, “Did it occur to you that the abuser was right there out of earshot? That my child would have to go right back with them after they made their statement?”

The worker kept saying my child has been saying it to people. And I kept pointing out that 3 therapists who have worked with her have expressed no concerns about this—that one testified in open court that they had no concerns. I kept pointing out the claimed event happened almost a year and a half ago. I asked her if she considered the fact that my child has been with their mother 95% of the time all that time. The investigator said it didn’t matter.

So now my child is out of my life except for 10 second goodnight phone calls that must be done in front of their mother about every other day (it took a lot of convincing to get even that) while an investigation goes forward for at least 30 days. The police are now involved. It is clear my ex is willing to destroy my child’s relationship with me, my child’s emotional and psychological well-being, my reputation, my livelihood and even my freedom in order to “win.”

I am cautiously optimistic that with the therapists, the long list of character references, including 2 of my best friends who actually were abused willing to come forward and tell the investigator and the police detective that I am one of the safest people they know of to be around, a judge that I presume will not be too happy to hear my ex wife basically gave him the finger—this may have the possibility to start heading in a different direction.

But it reminds me that we HAVE to come together and send a clear message to mental health and the legal system about how to identify the types of things my ex has been pulling far sooner in this process. One very important aspect is to clarify our approach so it can be quite clear we are not looking at addressing PAS (Parental Alienation Syndrome) which is full of controversy, but instead AB-PA (Attachment Based Parental Alienation) which is clear, simple and based on fully accepted psychological constructs and principles.