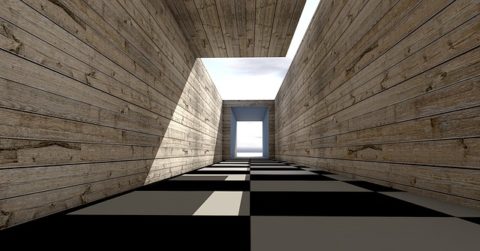 Last year, as I was embarking on what was to be the hardest year of my life in many respects, I was at a hearing that was to determine a temporary custody arrangement. It was already more than a year of delays and an absurd arrangement that, thanks to a notoriously overloaded court system, went on for much longer than my lawyer and I could have ever imagined. The time my child would see their father was even less than the custody evaluator recommended, partly because it was clear that an unfounded lie made by my ex and her sister stuck with the judge. I could have likely easily refuted it and proven it was not true but there wasn’t enough time.

But even that order was stayed because more high drama had occurred. My child, who had at that point been with their mother over 95% of the time with no overnights had said I touched them inappropriately. Even though their therapist knew within 72 hours it was based on an old accusation which was labled uninvestigated by CPS—that triggered the judge to order a potential reunification/psychosexual evaluation.

My lawyer at the time said something I think bears repeating to targeted parents: Trust the alienator to be who they are. “Trust the pattern.”

This is a crucial truth. The alienators cannot help themselves.

The doctor who performed the evaluation decided that a psychosexual evaluation was the way to go, even though three other psychologists stated that they did not believe anything had occurred. The evaluation turned out to be so useless that when she submitted it, no one—not my attorney, not my ex’s attorney, nor the judge thought it presented anything of value.

During this time (the evaluator took a while) there was another accusation (see “Unfounded” parts one and two), an attempt at an ex parte motion for custody that was denied, and a CPS investigation that was launched 18 days later.

I spoke with Dorcy Pruter a little bit about this mess and how long it had gone on. She pointed out that oftentimes when she works with clients for hearings, she puts together detailed timelines. While I didn’t have the cool sounding software or the resources to put together what she can, I was able to put together something comprehensive that shows the pattern of my ex’s behaviors.

I believe it is VITALLY important to put together timelines to provide wider perspective. The alienator relies on emotional arguments and the distortion of time and reality to fool and sway people. They do not want people to look at the long term in any sort of objective way. I presented my timeline to the police and the CPS investigator along with corroborating court documents and other evidence to support what I was asserting.  It showed a very clear pattern of behavior had been occurring for over a year and a half.

In my case, I believe it helped in a significant way. That, along with the other psychologists’ statements lead to CPS finding my ex was attempting to alienate our child from their father as well as coach them and the police dropping the case. I will leave commenting on the absurdity of why our child remained (and still remains) with their mother for another time.

I wish this was a silver bullet and I admit there are many factors. But being able to show people a pattern of behaviors is a far better, far more effective tool than trying to out-emotionally persuade.  You are just no match for the alienator.

So instead, Trust the alienator to be who they are. Trust the pattern. Use that to your advantage.